Major companies in the information and communications technology (ICT) sector are stepping up their efforts to reduce their own greenhouse gas emissions and to decarbonize the entire global economy, with several firms now demonstrating that the sector is ready to put its money where its mouth is. The UN’s Momentum for Change Initiative is showcasing some of the best examples that show how the sector can be instrumental in making huge impacts to cut emissions in the next 15 years.

Motivated both by consumers who today expect ICT companies to do their best to combat climate change and on common sense economic grounds, such firms are increasingly making use of renewable energy, mostly wind and solar. For example, Google’s multi-million investments in renewable energy include a Swedish wind farm and a solar plant in Chile. Facebook Inc. recently set a goal of running half its operations with clean energy by the end of 2018, with the ultimate aim of reaching 100%. Adobe has pledged to power all its operations entirely with 100% renewable electricity by 2035.

Given its high energy demand, the ICT sector is still a net source of global greenhouse gas emissions. The data centers used to power digital services now contribute approximately 2% of global GHG emissions – on par with the aviation sector.

It doesn’t have to stay that way. According to the Global e-Sustainability Initiative (GeSI), ICT has the potential to slash global greenhouse gas (GHG) emissions by 20% by 2030 through helping companies and consumers to more intelligently use and save energy.

Luis Neves, GeSI Chairman, is optimistic about the ability of the industry to be fully sustainable. He says: “Our findings show an ICT-enabled world by 2030 that is cleaner, healthier and more prosperous with greater opportunities for individuals everywhere.”

Luis Neves says the emissions avoided through the use of ICT are already nearly ten times greater than the emissions generated by deploying it. As the chart below shows, the sector could help avoid the production of around 12 gigatonnes of CO2 by the year 2030. Using ICTs for Sustainability Across Sectors

GeSI’s ‘SMARTer 2030’ report says that as well as increasing agricultural crop yields by 30%, saving over 300 trillion liters of water, and saving 25 billion barrels of oil a year, ICT could generate a staggering USD 11 trillion in economic benefits by 2030.

GeSI’s short video to launch the ‘Smarter 2030’ Report highlights how ICT enabled solutions will drive sustainable growth across the world, with 2.5 billion more people connected to ICT services and 12 gigatonnes of CO2 saved across business sectors.  From SMART monitoring of energy consumption to agriculture apps, the video shows the potential global impact of ICT in the coming decade.

The online platform uses high-resolution satellite images to monitor the environment including changes in land use and forest cover. The software is open to everyone, from scientists to citizens, and helps users skip the task of intensive data collecting.

The UN is keen to showcase innovative solutions in the ICT sector which can play a major role in curbing global greenhouse gas emissions. Momentum for Change, an initiative of the UN Framework Convention on Climate Change, has partnered with GeSI to help do this via its Lighthouse Activities.

The Lighthouse Activities celebrated by Momentum for Change and GeSI range from the Mobisol Smart Solar Homes initiative which combines solar energy, mobile technology and microfinance to bring clean power to rural households in Rwanda and Tanzania, to Fairphone, who build sustainable and conflict-free smartphones focusing on ethical supply chains, workers’ rights and product durability.

Policy and Technology Innovation Critical for Sector to Curb Emissions

Innovation is key to curbing greenhouse gas emissions, both in terms of technology and financial policies. Momentum for Change highlight Microsoft’s carbon fee as a particularly successful example. The fee acts as an incremental price on carbon emissions associated with the company's global operations for data centers, offices, labs, manufacturing, and business air travel.

This has helped reduce Microsoft’s country-wide emissions by the equivalent of 7.5 million metric tons of carbon dioxide through investments in over 10 billion kilowatt hours of green power and through carbon offset community development projects helping over 6 million people around the world.

Greater accountability is also a policy tool that the ICT sector is increasingly deploying in order to go green.  The nonprofit business network BSR has developed a set of principles to help meet sustainability goals, such as providing data on client energy consumption, and disclosing energy sources.

In terms of innovation, Google has taken a slightly different approach in its latest bid to reduce its carbon footprint. Recently the company has begun using artificial intelligence to manage its data centres, decreasing total energy use of the centres by 15% and cutting the energy use for cooling by 40%.

The DeepMind artificial intelligence system uses neural network technology that replicates the human central nervous system through elaborate algorithms. Mustafa Suleyman, DeepMind’s co-founder, says that the level of complexity and number of variables mean the job of managing data centres is one where a machine-learning algorithm could outperform a human.

So whatever the future of ICT holds, in terms of fighting climate change and otherwise, we can look forward to a number of interesting new developments. 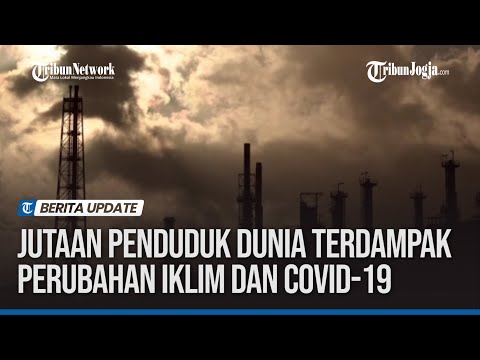